Gratitude Post #6 – Thank you June is the sixth instalment of my gratitude series.

If you are a regular reader of my blog you will know that I have had a difficult couple of months. I have had the soul crushing experience of an ectopic pregnancy. It has left my heart shredded. If it wasn’t for Molly and the support of my family I honestly do not know how I would have made it through the recent weeks.

As a firm believer in always trying to find the good in every situation, and that everything happens for a reason, I am allowing myself to move on.

I feel guilty saying I am ‘moving on’. It feels as though I am leaving my angel baby behind without a care in the world. But that isn’t true. It is the only thing on my mind. All of the time. I will never get over it. But, it isn’t healthy for me to dwell and to not at least attempt to regain some normalcy. And it certainly isn’t fair on Molly. The world keeps turning, and I will keep moving along with it. Because I have to. Because I need to.

So, with positivity and gratitude as my only solace right now, I would like to say thank you June for:

Discharged from the hospital

I was finally discharged from the hospital this month. I have been back and forward to appointments because of the ectopic pregnancy. This made any attempts to move on really difficult. I knew from the start that my pregnancy wasn’t viable, but for as long as the ‘baby’ was still inside me, and as long as I had to keep going to the hospital, there couldn’t be any moving on. There was a huge sense of relief all over me when the nurse told me I was discharged. I can start looking to the future. I am actually feeling quite positive about the coming months.

Date Day with the sister

I went for lunch with my sister, Danielle, which is always nice. We then went to the cinema to watch Baywatch.

We had been looking forward to watching the film for a while, even though it had received some bad reviews.  As it turns out, the film was actually really funny. I wouldn’t mind watching it again.

Father’s day was this month so I spent some quality time with Molly making gifts for Chris. We made a handprint superhero card which turned out way better than I thought it would. Chris seemed to be impressed anyway.

We also made Chris a ‘Dad’ canvas painting which he has put up on the wall already.

I have been saying for months that I want to lose some weight and lead a healthier lifestyle. If anything though, I have gained weight. I really need to step up my efforts and in a bid to do so, I have started doing yoga. Molly loves it and joins in with me. She is actually quite good at remembering the poses. And it turns out; I can still do a handstand! Go mama.. Go mama

Me and my sister have been trying to get some decent pictures of the kids together for months and months. One of them is either staring in the wrong direction, or crying, or they are refusing to stand next to each other. You know how it is. This month though we managed to get these two pictures of them. Together. Looking and acting like humans. I am really pleased with how they turned out.

We had some nice weather again this month which meant we could spend more time outdoors and in the garden. Though I am not grateful for the pollen! Sunny weather usually means getting the pool out and having a BBQ which is always fun. Again, apart from the pollen!

So that is my ‘Gratitude Post #6 – Thank you June’ round-up. Things are still a little bit tough for me at the minute but I am definitely feeling more positive about the future now.

How was your month? What are you grateful for? 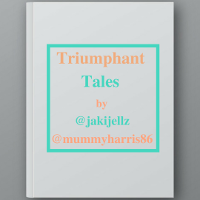 How Can I Help My Child With Symptoms of Eczema?

Are we just a nation of complainers?